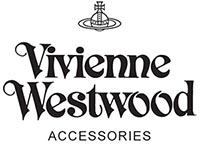 Vivienne Westwood was born on the 8th of April 1941, in Glossop, Derbyshire. Her career began not in fashion, but as a primary school teacher in North London. In 1965 she met Malcolm McLaren and began her revolutionary career in fashion. Their collaboration lay at the heart of punk culture - his desire to push the boundaries of contemporary society and her ability to translate these ideas into clothing. In 1971, McLaren and Westwood opened her legendary store on Kings Road, London.

In 1981, Westwood showed her first catwalk presentation in London, launching her celebrated Pirates collection and kick-starting the New Romantic movement.

Soon enough, Westwood’s talent became increasingly acknowledged in mainstream culture. She was named Designer of the Year at the British Fashion Council Awards for two consecutive years, in 1990 and 1991; an unprecedented feat.

Over her forty year career, Westwood has drawn on a variety of different sources for inspiration. In recent years, Westwood’s shows in Milan, London and Paris have been used as a medium to discuss politics and culture; more specifically the urgent need to act against climate change. In fact, many of Westwood’s collections are recognised as having significant cultural repercussions far beyond the world of fashion.

To date, Vivienne Westwood is one of the last truly independent fashion companies within the international arena, producing four clothing labels, accessories, fragrances and homeware collections that appeal to a wide audience; from young to old, rock to royalty, jeans to couture gowns. Through an extensive distribution network, Vivienne Westwood products are sold in more than eighty countries, across all five continents including: UK, France, Italy, Russia, Hong Kong, Japan, South Korea, Taiwan, Singapore, China, Lebanon, Australia and USA. With over 30 flagship stores, the brand operates showrooms in London, Paris, Milan and LA and 700 points of sale worldwide.